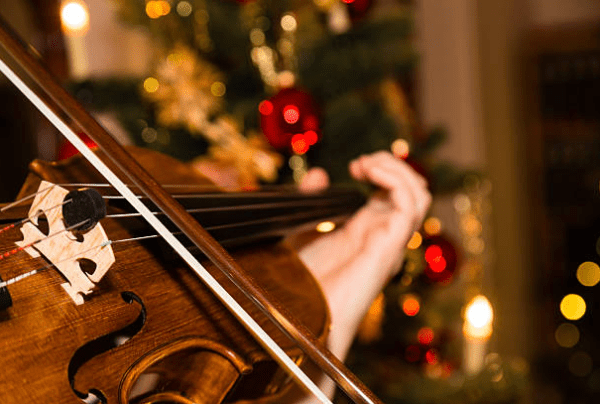 Enjoy a magical Christmas concert by candlelit in the beautiful setting of St Ann’s Church, Manchester.  The exceptional musicians of the Piccadilly Sinfonietta will perform masterpieces by Chopin , Corelli and Vivaldi, including the epic Four Seasons. This spectacular concert will ensure you celebrate the festive season in style!
‘Stunning’ Classic FM

Since its formation in 2017, the Piccadilly Sinfonietta have become a regular feature on the UK concert scene, giving up to 100 performances a year in some of the country’s most beautiful and prestigious venues. The ensemble comprises some of the most prodigious musical talent and performs exclusively with leading virtuoso soloists. The group performs under the artistic direction of its founder, concert pianist Warren Mailley-Smith and focuses on the virtuoso concerto repertoire of the baroque, classical and early romantic periods.